Celebrating the Feast of my beloved St. Therese with a post from the archives.  May she pray for each of us “to love God as He has never been loved before.”

I pray that many who read these posts on Therese may experience God’s call to become little victims of His Merciful Love. 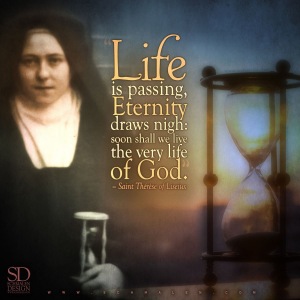 During Holy Mass on Trinity Sunday in 1895, twenty-two year old Sister Therese of the Child Jesus and the Holy Face was given a most remarkable insight into the Merciful Heart of God.

Therese was so overwhelmed by this new inspiration of the Holy Spirit that she immediately sought out the Prioress, her sister Pauline (Mother Agnes of Jesus), who later described Therese as appearing “aglow with excitement.”

What transpired between God and Therese on that Trinity Sunday can best be described in her own words, written six months later and recorded in her autobiography, The Story of a Soul:

..I was enabled to understand more clearly than ever before how Jesus longs to be loved. I was thinking of those souls who offer themselves as victims to the Justice of God, so that, by drawing it down on themselves, they turn aside the punishment due to sinners. I thought this a noble and generous offer, but I was a long way from feeling that I should make it myself.

From the depths of my heart, I cried, “O my Divine Master, must it be only Your Justice which has its victims? Hasn’t Your Merciful Love need of them too? It is everywhere rejected and ignored. Those on whom You long to lavish It seek a wretched, fleeting happiness in other creatures instead of flinging themselves into Your arms and welcoming the flames of Your Divine Love.

Must Your rejected Love stay shut up in Your Heart? It seems to me that if You found souls offering themselves as sacrificial victims of Your Love, You would consume them speedily and would rejoice to unloose those torrents of infinite tenderness You hold within Yourself. If Your Justice must spend itself, though It is concerned only with the earth, how much more must Your Merciful Love long to inflame souls, since, “Thy Mercy reaches even to the Heavens..”

O Jesus, let me be Your eager victim and consume Your little sacrifice in the Fire of Divine Love.

Therese motioned for her sister Celine (Sister Genevieve of St. Teresa) to follow her as she went to find Mother Agnes. Celine described Therese as too overcome with emotion to speak. When at last she had located the prioress, Therese was able to breathlessly explain that she wished to offer herself as “a victim of holocaust to the Merciful Love of God.”

For Therese, her discovery was no passing whim or pious dream. Nor was it to be merely a lovely prayer or an unattainable desire.

To this pure and passionate soul, who had never wished for anything but His Happiness, God revealed that He desired a new kind of victim — one who would place no limits on the Love in which He burned to immerse her.

Therese knew that the greatest Joy of God is to give Himself away…to be a fountain of Mercy and Love to all of His children.

Years before, she had noticed in a picture of Jesus Crucified that His Precious Blood was falling to the ground with no one to receive it. She determined then that she would remain at the foot of His Cross to receive His Blood, and through her love, prayers and sacrifices, she would distribute this Blood to sinners so in need of it.

Now she beheld her God with His Love “locked up” in His Heart, with so few willing to notice or care. But her Beloved had revealed to His little spouse a remedy.

No, she would not be a victim of Divine Justice. She would instead become a victim of Merciful Love, allowing those rejected torrents of Infinite Love to fall upon her, to consume her, and in the end, she wished to “die of love.”

As I will share in the next post, Therese had already reached the heights of sanctity in 1895, but she did not hesitate to invite the novices in her care to also make the same Offering….and at the end of one of the three manuscripts which compose her autobiography, she exclaims to Jesus: I beg You to choose in this world a multitude of little victims worthy of Your LOVE!!! (sic)

And that includes you, and me… 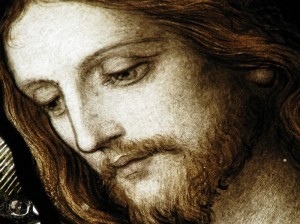 There is no one who thirsts for love more than Jesus.

There is no one who is more rejected than Jesus.

There is no one who is more hated than Jesus.

He told us so from the Cross: “I thirst.” And it was not for water that He burned with thirst, but for the love of those He was dying for….you and me

But, how loved is Jesus? Out of seven billion people in the world, how many of us utter His Name with love, reverence or affection on a typical day?

Recalling the crowds which followed Him while He was on earth, we know that only a handful were there at the Cross. The rest seemingly abandoned Him, including most of His apostles. Can we imagine that His followers are more faithful today?

What can we do for Jesus this week? We can be with Him. We can be His companions on the road to Calvary and at the foot of the Cross. We can pause to tell Him that we love Him throughout the day. Let us not forget Him, especially this week…this holiest of weeks.

St Therese wrote: “Since the age of three, I have never gone more than three minutes without thinking of God.”

Can you imagine if we all strived for such a precious goal in life…to immerse ourselves in God minute by minute? We have only to look at Him, to smile at Him; words are unnecessary. We need not interrupt our duties to whisper, “I love You.”

I will be trying harder this week to do better, to be a true companion to Jesus. Please pray for me, and I will pray for you, that Jesus will be more loved this Holy Week than ever before.

“I thirst, and with a thirst so ardent to be loved by men in the Blessed Sacrament that this thirst consumes me, and I find no one who, in accordance with my desire, strives to quench it, by giving some return of my love.” (Words of Jesus to St. Margaret Mary Alacoque)

O Trinity Whom I Adore 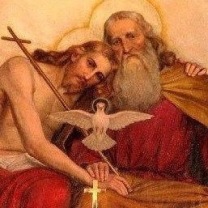 May You be glorified in this place.

Jesus waits for you 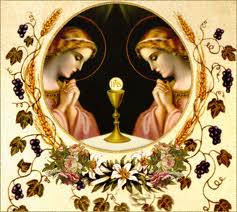 "Out of the darkness of my life, so much frustrated, I put before you the one great thing to love on earth: the Blessed Sacrament....There you will find romance, glory, honor, fidelity, and the true way of all your loves upon earth." (J.R.R. Tolkien) 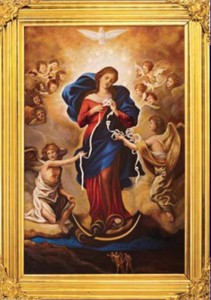 My Blog Patron: St. Therese of the Child Jesus and the Holy Face

Jesus, I want to love You as You have never been loved before! 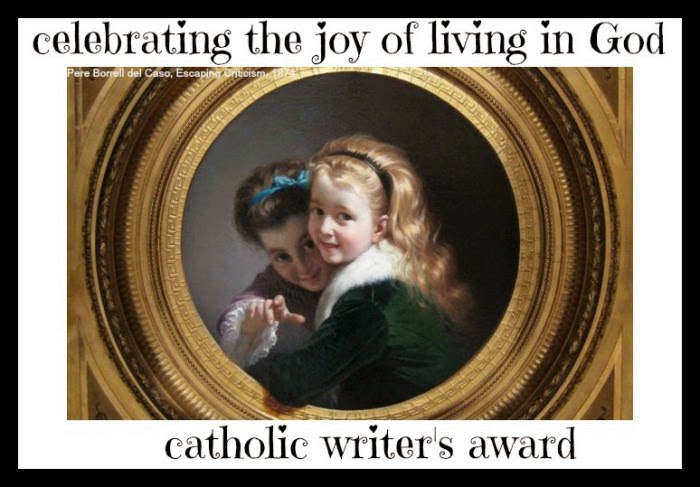 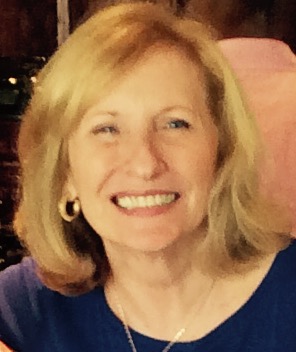 It would be a joy to hear from you: 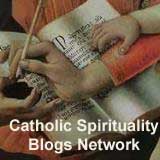 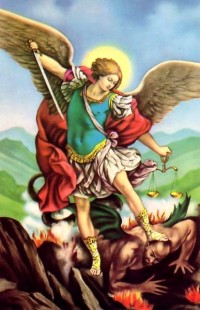 Be our protection against the wickedness and snares of the devil. 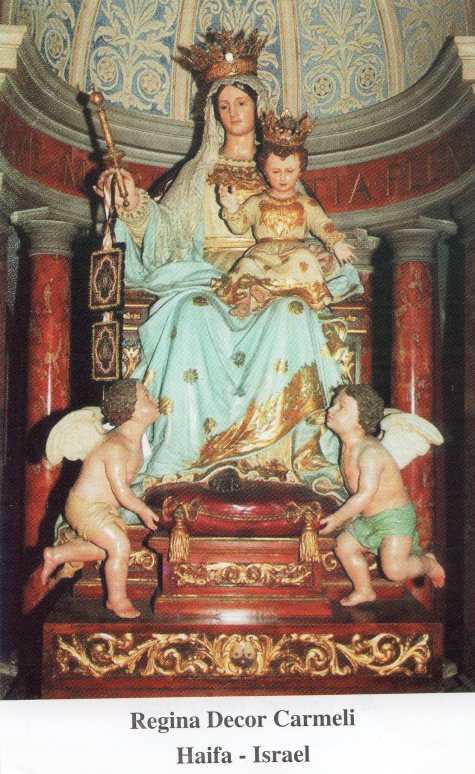 St. Teresa of Jesus of Avila, Doctor of the Church 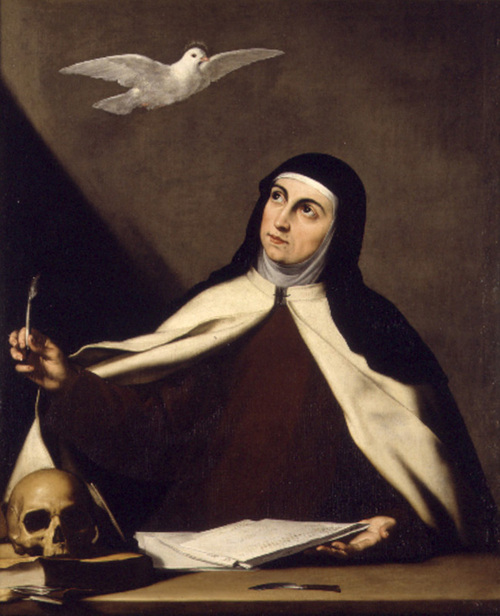 I die because I do not die.

St. John of the Cross, Doctor of the Church 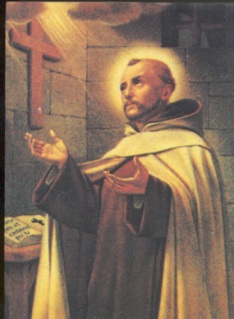 Where there is no love, put love, and you will find love.

St. Therese of the Child Jesus and the Holy Face, Doctor of the Church 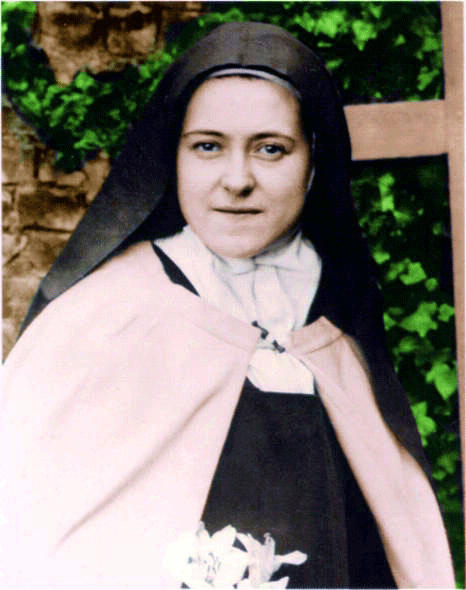 I want no other throne or crown than You, O My Beloved 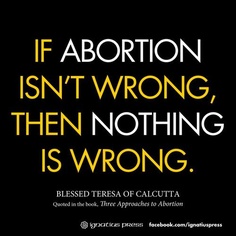 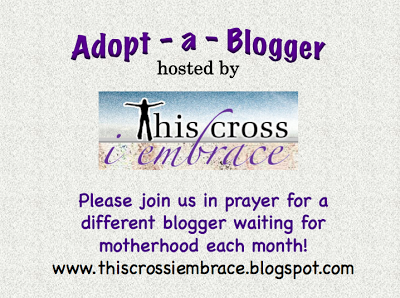 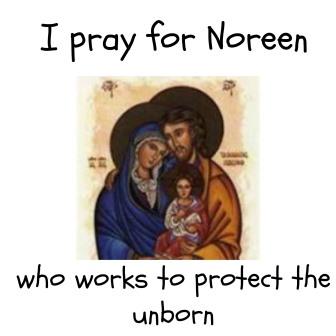 And for Colleen who protects the unborn also.